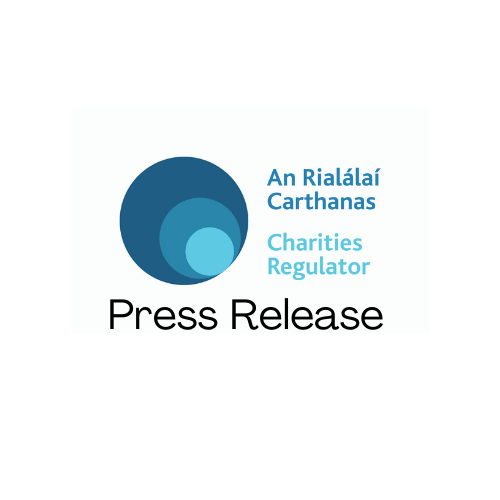 The Charities Regulator has today published new research findings on the views that charities have in relation to the impact of Covid-19, their views on revenue generation, public trust and confidence and the Charity Sector. A total of 1,240 people responded to the survey carried out by Amárach Research on behalf of the Regulator.

Commenting on the findings, Helen Martin, Chief Executive of the Charities Regulator said, “It’s clear from the findings that a constant challenge for the sector, regardless of an organisation’s size or complexity, is funding and income. The survey findings confirm that the pandemic has had an impact on traditional sources of income for many charities as well services and volunteering.

“As we emerge from this pandemic many charities will be challenged by the new context in which they find themselves.  From the survey findings we can see that this is likely to be the case in particular for  smaller charities which have few if any employees and are mainly reliant on donations from the public.  We know from our recent survey of the public, that levels of public trust and confidence in charities are closely linked to levels of transparency and accountability of charities regarding their finances.  The fact that two thirds of respondents to the survey of charities believe that increased regulation and the introduction of the Charities Governance Code is improving trust and confidence in the sector underlines the sector’s commitment to good governance. From the Charities Regulator’s perspective, we will continue to support charities to enable them to operate in a way that increases levels of public trust and confidence through the provision of practical guidance focussed on enhancing standards of governance and increasing transparency and accountability across the sector.”

All registered charities were invited to participate in the survey and of those who responded:

Charity revenue comes from multiple sources. Respondents were asked to identify their top five sources of funding in normal times and central Government was mentioned by 40% of respondents. This is separate to central and local government paying charities for the provision of services which was mentioned by a quarter of respondents (24%). Fundraising events were mentioned by one third of respondents (32%). Fees for the provision of services was also mentioned by 24%. Other sources of income were unsolicited bequests (23%); traditional cash collections (23%); fundraising campaigns (23%); donations from members, staff and volunteers (20%); and philanthropic or corporate bodies (19%).

Other challenges identified by respondents include complying with social distancing and other Covid measures (47%) and a reduction in the services that can be offered or being unable to offer any services (46%).  Forty four percent also highlighted the impact on fundraising activities and a third (33%) mentioned fewer donations or a reduced value of donations.

Charities are responding to these challenges with 37% reporting that they were looking for new sources of funding, 35% mentioned providing services in a different way and 28% said they were increasing their presence on social media.  Interestingly just 13% of respondents indicated that they planned or were planning to cut costs.

The twelve percent of respondents who believed that public trust and confidence has declined over the past 12 months were asked why they thought this had happened. Just over a quarter (27%) of respondents identified media coverage of serious issues in large high profile charities impacting across the sector; 26% similarly thought that ongoing public dialogue about perceived issues in the sector impacted and just over a fifth (21%) identified negative media coverage about charities generally.

Those who believe that public trust and confidence has increased over the past 12 months were separately asked whether the role that the charity sector has played during the COVID-19 pandemic had contributed to this improvement in public trust in the sector.  Over nine in ten (90%) of this subsample of respondents believed that it had, with just 1% disagreeing.

89% of charities surveyed said they trust the Charities Regulator to treat charities fairly and proportionally, 90% agreed that the Regulator acts in the public interest and 89% agreed that they trust the regulator to make effective decisions when granting or refusing charitable status or applications for registration.  Furthermore, two thirds of respondents (66%) also believe that increased regulation and the introduction of the Charities Governance Code is improving trust and confidence in the sector – and only 6% disagree.

Scope, scale and reach of the sector

The Survey Findings align with what we know from the Register of Charities and the Charities Regulator’s interactions with registered charities in relation to the diversity of charities in Ireland today and provides further insight into the scope, scale and reach of the sector.  The key points that emerge from the analysis include the following:

You can read the full charities survey here.